Well, my flight with Delta from Orlando to Seattle needed a volunteer to take a later flight the same day. I volunteered and in return they gave me an $800 American Express Reward Card! Consequently, then my connecting flight in NYC to Seattle got delayed so I was given the option to re-book it for FREE for the following morning. In other words, I was paid to spend the night in NYC! 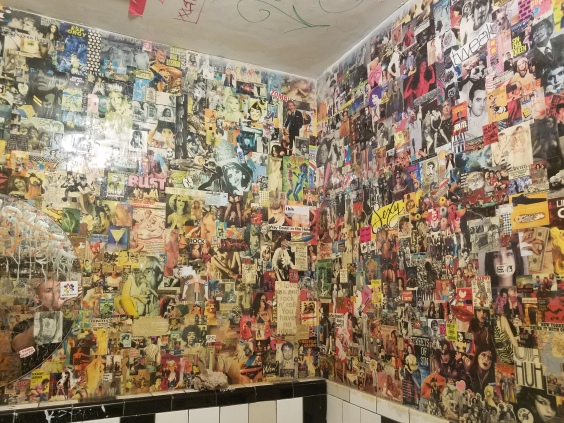 I made some friends who took me to another hole in the wall, but luxurious bar where they boasted alcoholic milkshakes, edible gummies, a full movie theater inside of the bar and then some.

Hello Brooklyn! I loved all the things my newfound friends showed me from the hole in the wall bars, authentic NY pizzerias, and some of the best food truck cuisine I’ve ever had – but I had to admit something about how Brooklyn straddles nice suburbs right next to sketchy projects intrigued me more than anything and they weren’t phased by it whatsoever. It reminded me of Vietnam because it straddles luxury and poverty the same way from a different cultural perspective; one road will have five-star sky bars and across from it there will be a line of small, brick houses where the residents have to help the construction workers pave their own streets, sidewalks, and driveways because that’s just the way it is. In Brooklyn, one minute I’m in a stand-up, cocktail bar, the next I’m being asked by a homeless man to let him try on my new Air Force Ones which would happen over my dead body. In other words, Brooklyn is a place where I learned to have a healthy mix of love, respect, and understanding for it.