Why did I end up in Jackson Hole, Wyoming? I found a budget plane ticket with United, had a friend who lived there and offered me a place to stay and a car to drive, wanted to explore Grand Teton National Park and, most importantly, I just wanted to be in the wild. 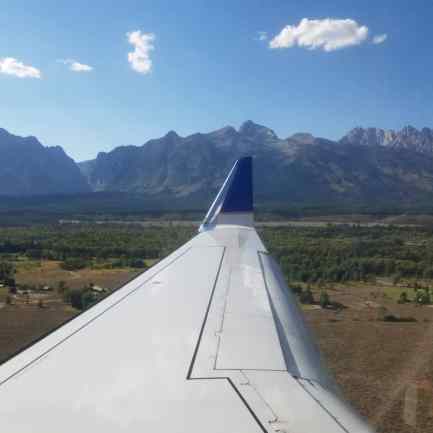 Jackson Airport is literally only a fifteen minute drive to downtown Jackson and a little longer to get to Grand Teton National Park. Convenient to say the least. 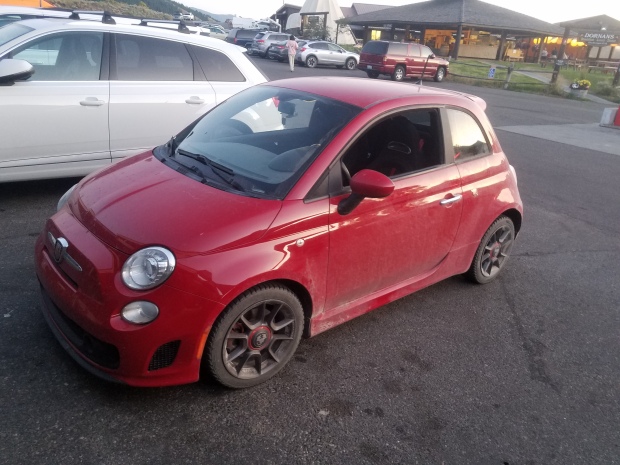 I had never driven a manual prior to visiting Jackson Hole. This is the car I learned in and subsequently drove around my entire trip. Without a car, getting around Jackson is very difficult as the public transportation as well as Ubers and taxis are limited and therefore much more expensive than one would think. 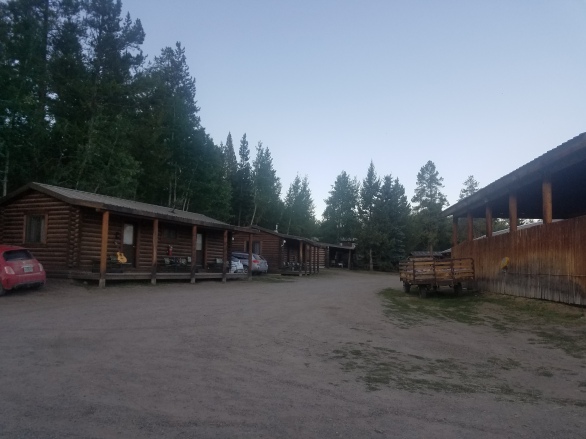 Lost Creek Ranch & Spa is where I stayed. One of many “dude ranches” but a five-star resort essentially in the wild. Equipped with a barn, pool, hot tub, gym, bar, you name it they have it. 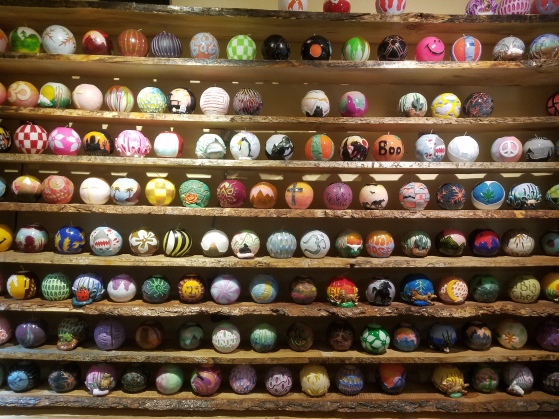 Global Candle Gallery Jackson Hole: I really could care less about candles but this candle store had the most unique and impressive assortment. What’s more is the candle-makers casually work right in front of you so you can see their creations come to life.

Moe’s Original BBQ Jackson. The best peach cobbler I’ve ever had on top of some fantastic ribs, cornbread, okra and black eyed peas! 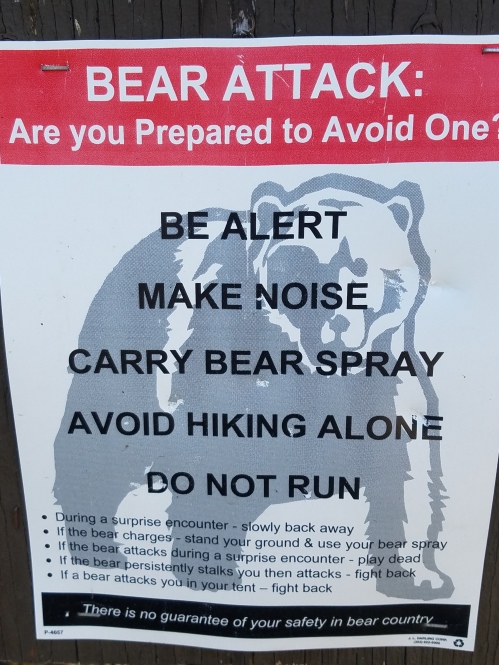 I initially didn’t think anything of bear attacks, but the thing is nearly everyone in Jackson Hole has a bear or another wildlife encounter story. The most valuable advice I can say is to carry bear mace and follow the slogan I followed: “if it’s a grizzly – play dead, if it’s a black bear – fight for your life.” 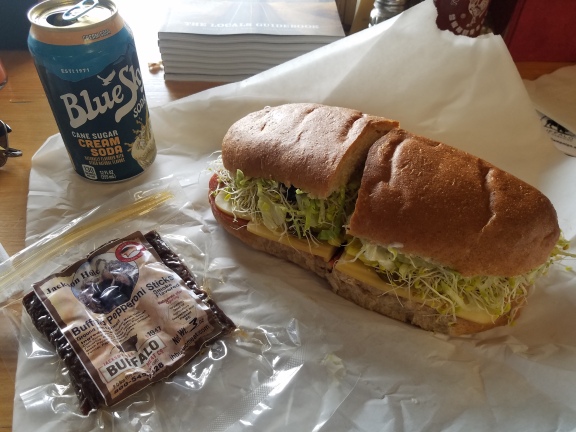 Creekside Market which is probably the best deli sandwich I’ve ever had. 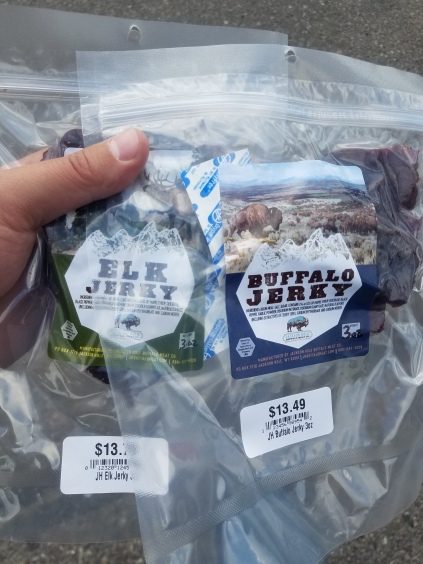 Overpriced? Yes. Worth it? Yes. 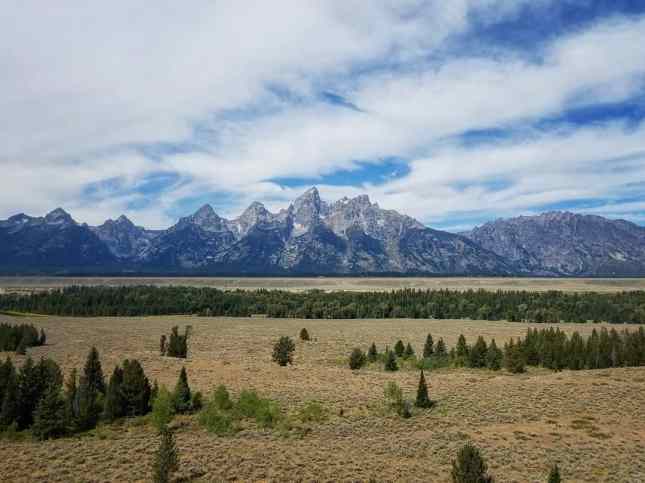 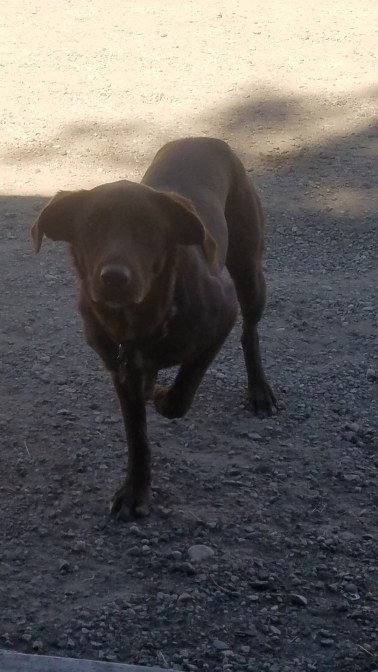 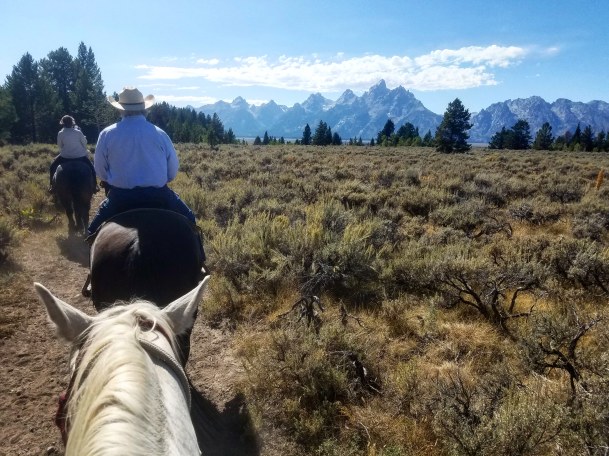 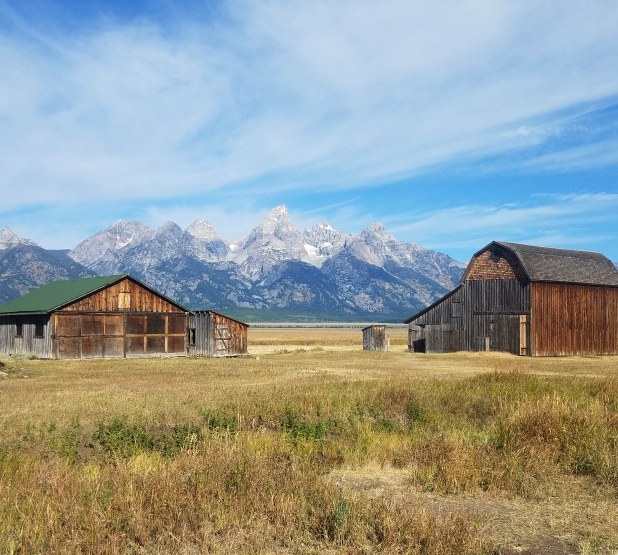 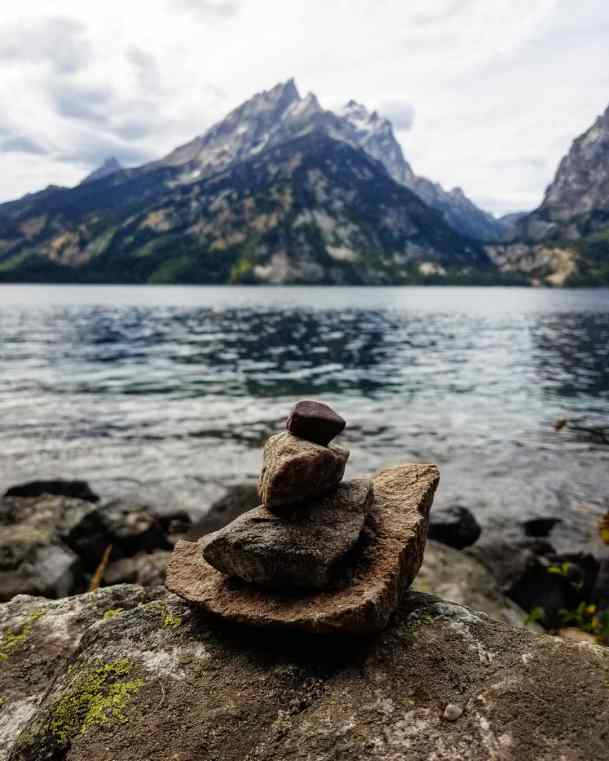 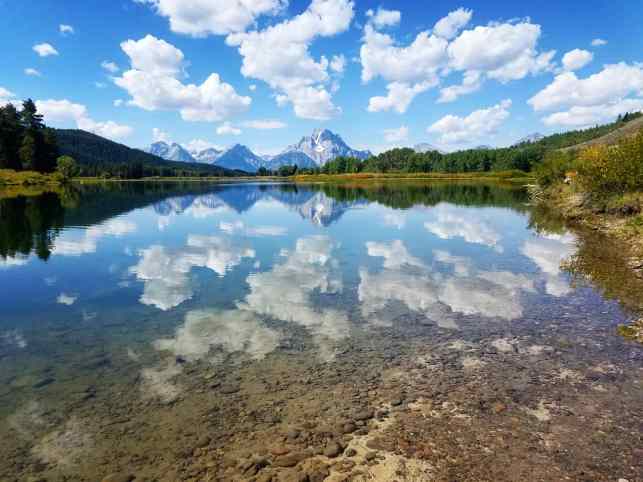 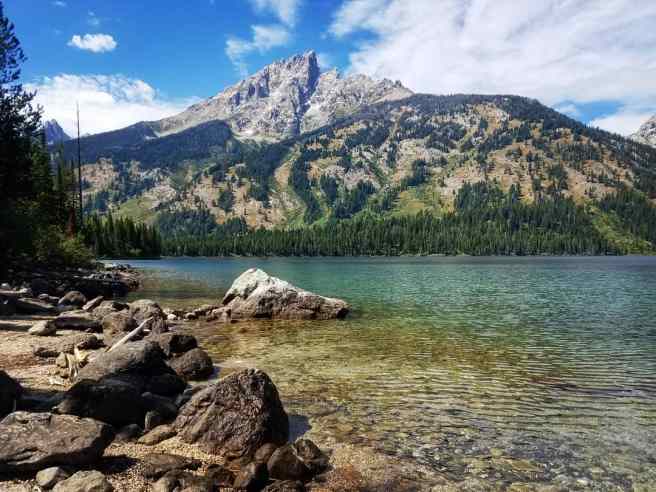 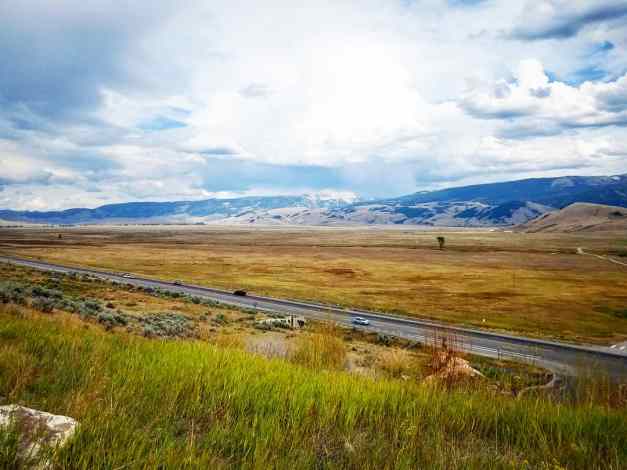 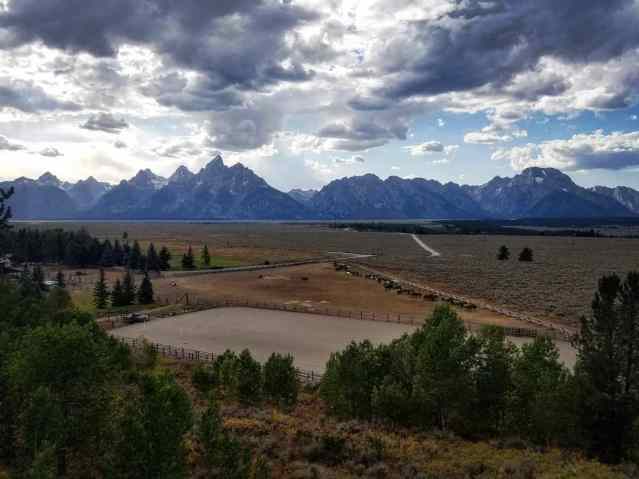 The view from the porch at Lost Creek Ranch. 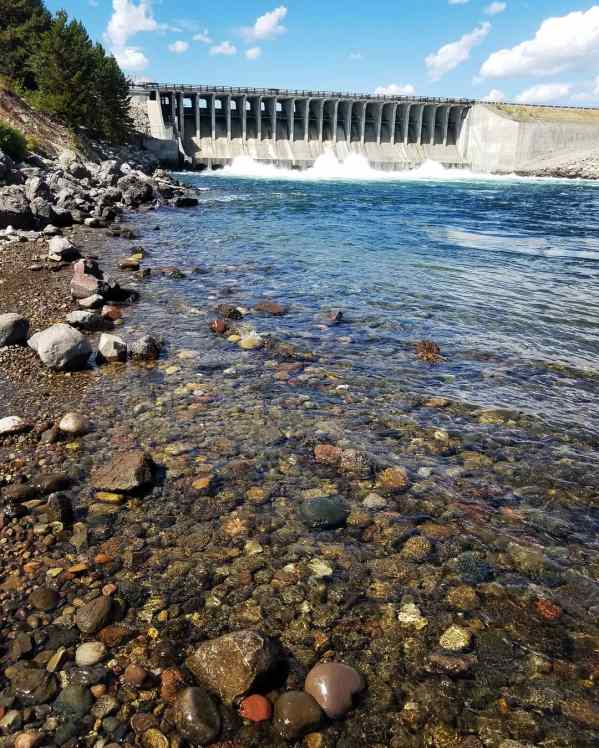