Why did I go to Guatemala? Because I wanted to find the beauty in the countries that most people would either fly over or stay in a luxury hotel on the beach or lake their entire stay. I wanted to meet locals, eat local, drink local, and see all the hidden gems Guatemala had to offer. I wanted to immerse myself in their culture and another way of living. In simpler terms, I wanted to become more cultured.

Antigua is filled with old, historical churches, some of which are in ruin but still visit-able.

November is said to be the month to visit Guatemala because of the out of this world sunsets and sunrises. 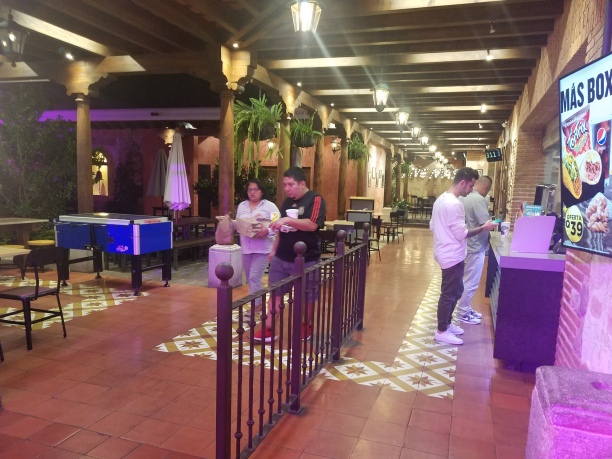 I thought I was being jerked around when locals and expats alike told me to visit their fast food restaurants like McDonald’s and Taco Bell – they even told me some people get married there. They weren’t lying! Taco Bell in Antigua looks like a nightclub! 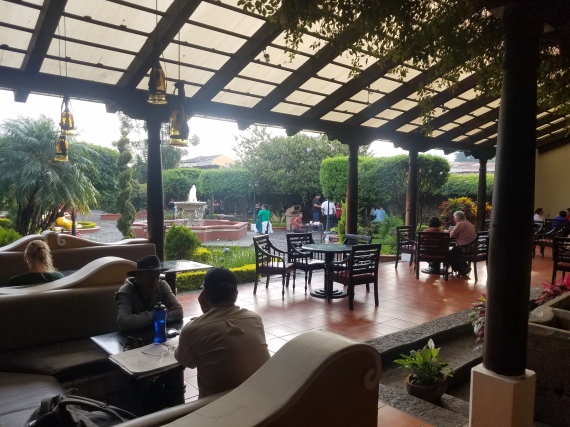 My first night in Antigua I had to watch a bar fight unfold which ended with two drunks locals cussing out an expat bar owner in Spanish before they realized he spoke fluent Spanish. The owner literally walked out of the bar and said what’s up now and proceeded to kick the literal shit out of them albeit one of them sucker punched his door guy who came out to see what was happening. That only resulted in them getting beat up even worse to the extent that I saw one of them get thrown across the street and literally shit himself.  It was the funniest thing I’ve seen in a long time. The next day I rolled into the bar, called Cafe No Se, and ended up learning they were the nicest of people who simply had to handle two drunk assholes. One of the expat bartenders even had a puppy dachshund who become my bestest of frands.

Probably the only time I get ripped off was when I had to take my shuttle from Santa Cruz to San Marco to catch my shuttle. The ferries at the dock literally had zero passengers so they told me they would only take me if I paid for a private boat, not public. The difference was 150 quetzales (about $20USD) instead of 25 quetzales (about $4USD). They knew I had no choice and I didn’t so I conceded reluctantly.

I ended up in a party hostel in Santa Cruz, Laguna where they had over half a dozen dogs freely roaming the sights and $1USD shots of tequila all day, every day. Needless to say, that was how I spent my entire time there. Buying shots of tequila for the bar and playing with doggos. 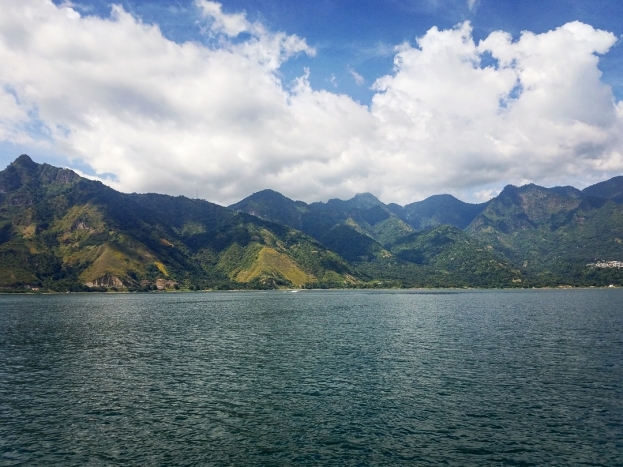 A view from the center of Lake Atitlan in the Guatemalan Highlands.

A view of the dock in Free Cerveza in Santa Cruz, Laguna where I spent my day watching the sun fall. 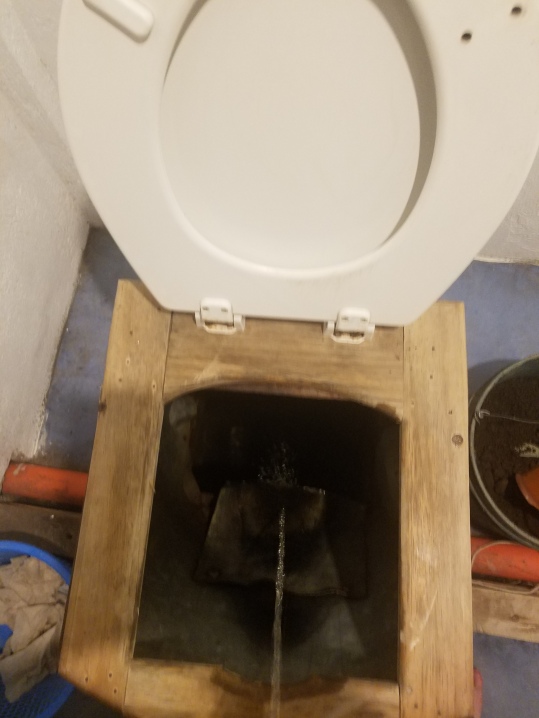 The one setback of Free Cerveza was their lack of plumbing. The rule for using their restroom was to do your business, throw two scoops of dirt on top, and close the lid. I’ve had worse, but I’ve had far better.

A reason why I hate people complaining in America is because no one cares about your boy or girlfriend of one month dumping you when I’ve lived or experienced people who are crammed into a house the size of a shed and live off of what we spend on a night out. I just don’t feel bad for people whose worst problem is that they want to lose ten pounds or they got cheated on when there are people out there who don’t have running water and can’t afford to take their kids to school.

Chicken buses are the primary form of public transportation in Guatemala. However, it’s recommended that foreigners avoid them for safety reasons from theft and scams to more serious dangers.

Antigua, Guatemala is picturesque in every way, albeit quite touristy and refereed to as the Beverly Hills of Guatemala. It’s one of those cities where poverty and luxury is blended.

The sunset on the way down from hiking Volcan Pacaya 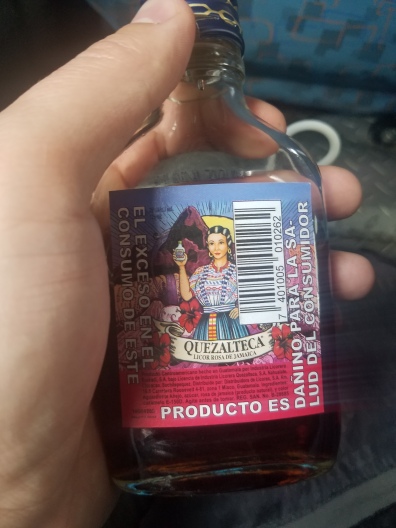 “A hangover in a bottle” Quezalteca is Guatemala’s version of America’s Mad Dogs, but when I needed something portable I chose them lol.

One of the main ways I save money during my travels is staying at hostels which boast free WiFi and free local breakfasts like this one! 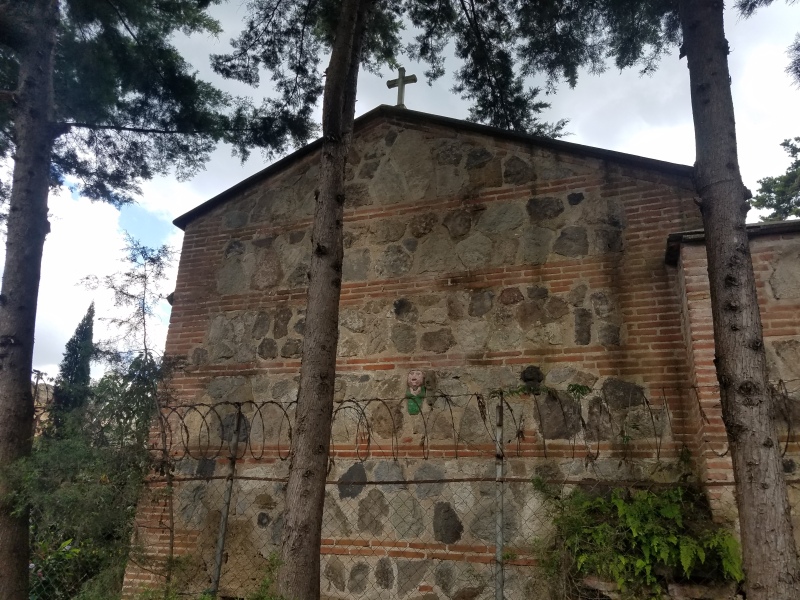 Although I had an overall safe and wonderful experience in Guatemala. It’s important for people to  acknowledge that, like many third world countries, you need to stay on guard at all times. A prime example being nearly every business and neighborhood has a combination of barred windows,  police or private, armed security guards, and even the churches have barbed wire wrapped around them. 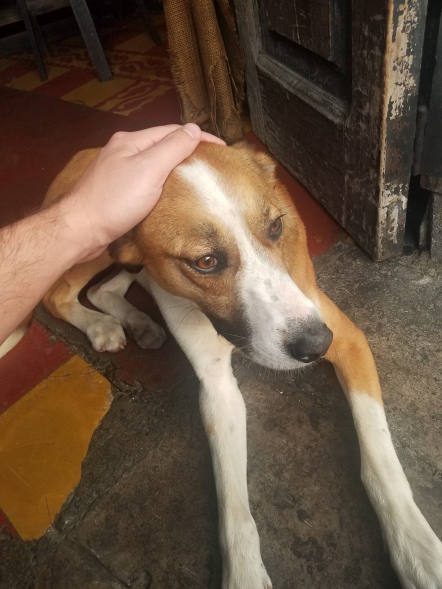 Like many 3rd world countries, Guatemala is full of stray dogs, some which look in good shape and may simply be outdoor dogs who roam free, and some who look horrendous and pull at your heartstrings.

A stray dog with a severe eye infection at the summit of Volcan Pacaya. I had no idea how she got there and fed her, but wasn’t able to do much for her considering I was on a guided tour maintaining a set and strict schedule.

Hiking Volcan Pacaya’s petrified lava from an eruption a month earlier. I took a piece for my mom as a gift and realized I had completely forgot about giving it to her until the second I started writing this caption….

A view of the national park from the summit. 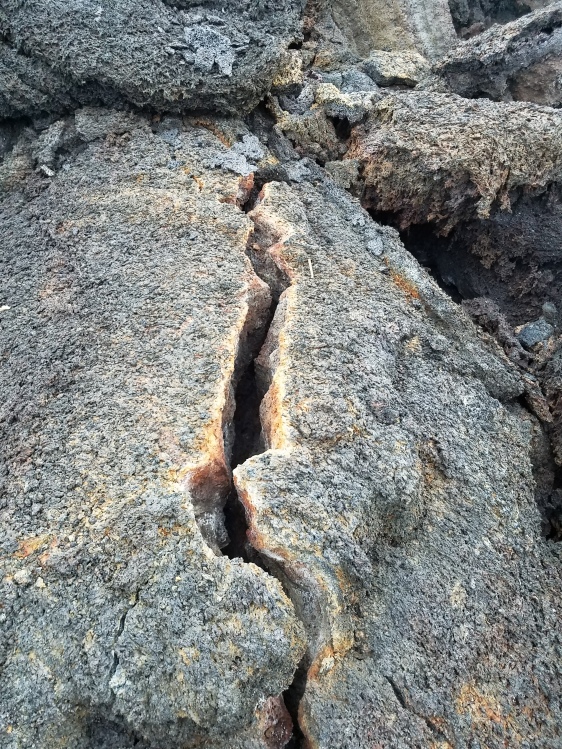 The cracks in the volcano where the lava is visible, albeit EXTREMELY HOT! 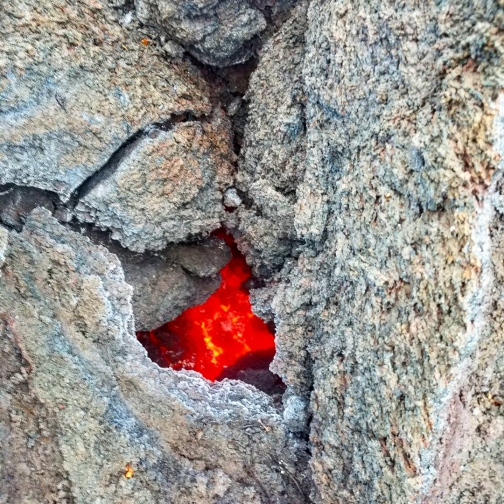 Very few people can say they’ve roasted a mallow in hot lava – I can. My only regret is not bringing an entire smore set and quoting The Sandlot. 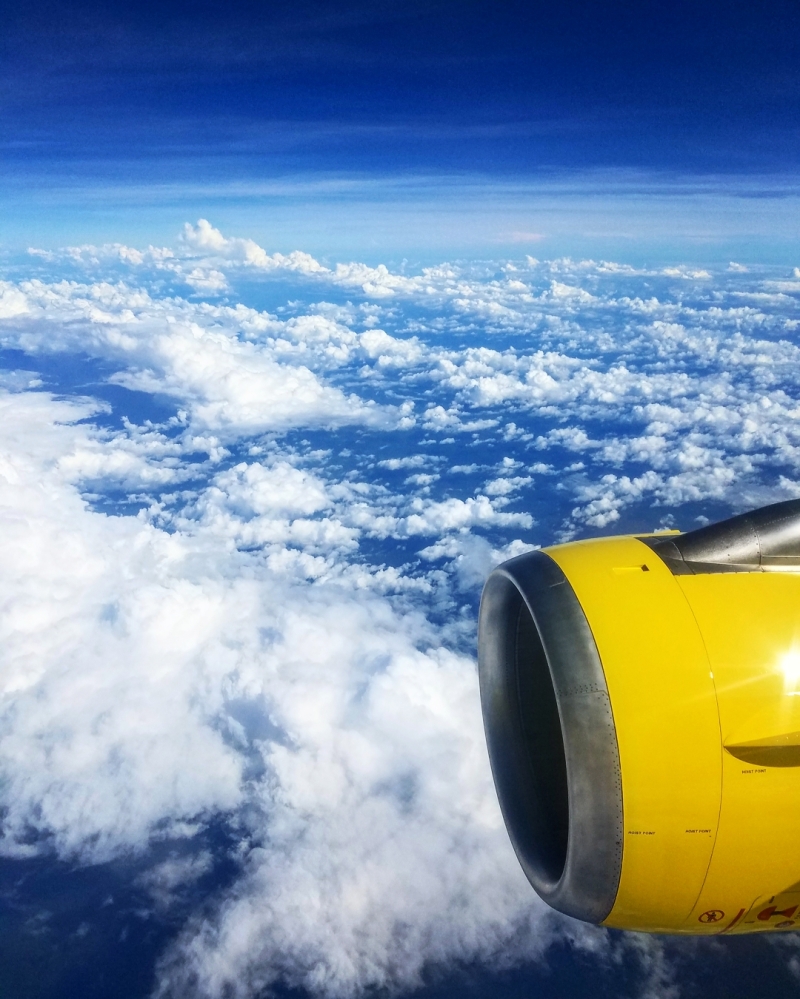 Flying back from Guatemala was a hilarious event. None of the flight attendants spoke Spanish and next to none of the passengers spoke English. A flight attendant was struggling so bad that I had to help her translate and, in return, she gave me four shooters of bourbon, a snack, and upgraded me to the third row – all for a whopping $12.